Dedicated to the best store experience for everyone. 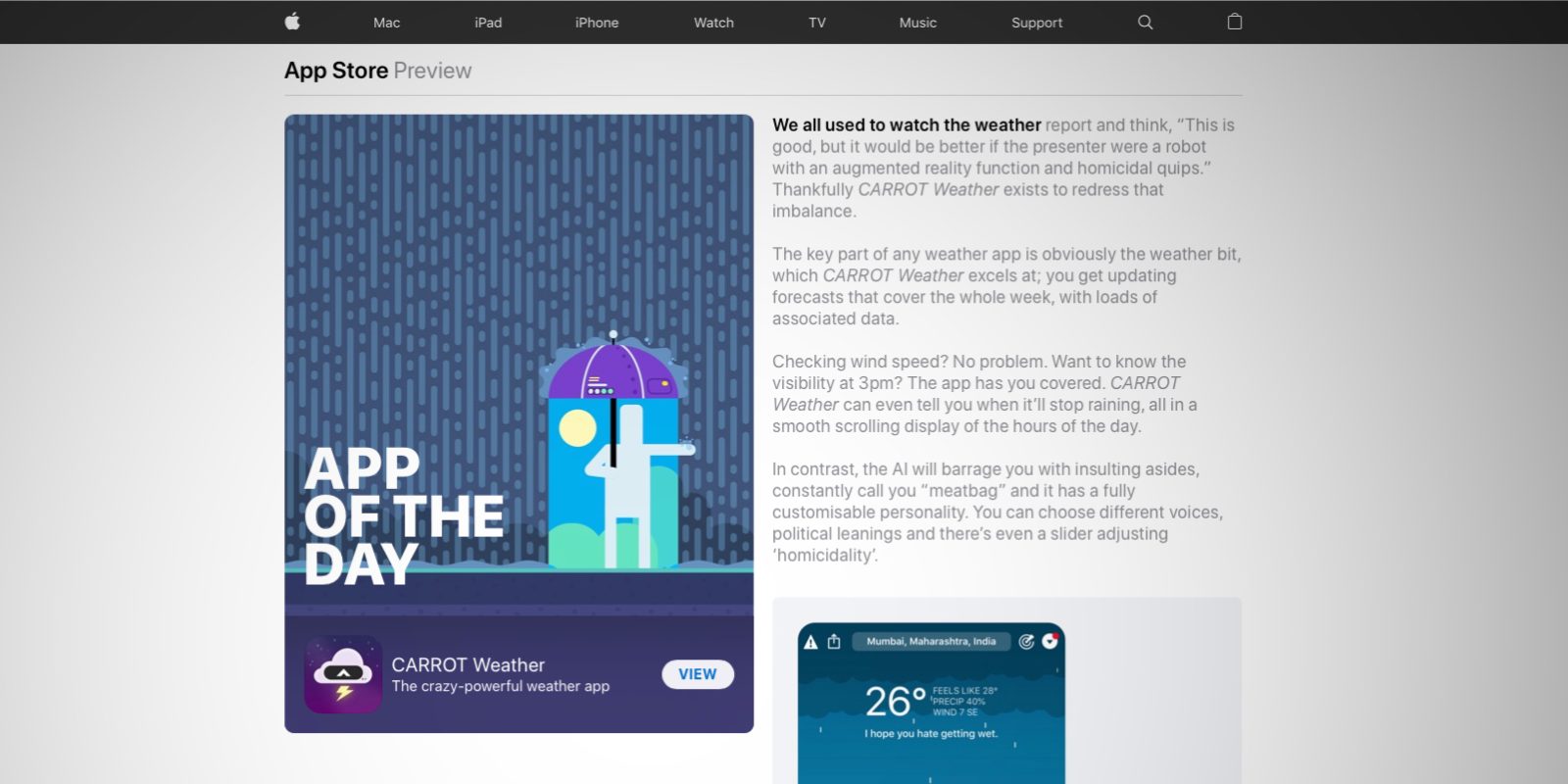 We created the App Store with two goals in mind: that it be a safe and trusted place for customers to discover and download apps, and a great business opportunity for all developers.

We take responsibility for ensuring that apps are held to a high standard for privacy, security, and content because nothing is more important than maintaining the trust of our users.

Today, the App Store is more vibrant and innovative than ever, offering equal opportunities to developers to deliver their apps and services across iPhone, iPad, Mac, Apple TV, and Apple Watch. We’re proud of the store we’ve built and the way we’ve built it.

It’s our store. And we take responsibility for it.

We believe that what’s in our store says a lot about who we are. We strongly support all points of view being represented on the App Store. But we also take steps to make sure apps are respectful to users with differing opinions, and reject apps for any content or behavior that we believe is over the line — especially when it puts children at risk. For example, we strictly prohibit any app that features pornographic material, discriminatory references, torture and abuse, or anything else in exceptionally poor taste.

We created the App Store Review Guidelines to provide clear guidance to developers on building the best apps for our customers. The five pillars of the guidelines — Safety, Performance, Business, Design, and Legal — require that apps offered on the App Store are safe, provide a good user experience, adhere to our rules on user privacy, secure devices from malware and threats, and use approved business models.

We review every app and every update.

When you download an app, it should work as promised. We carefully review each app and require developers to follow strict guidelines on privacy, design, and business models.

As part of our rigorous app review process, we use a combination of automated systems and hundreds of human experts. This team represents 81 languages across three time zones. We work hard to maintain the integrity of the App Store. In fact, since 2016, we have removed over 1.4 million apps from the App Store because they have not been updated or don’t work on our most current operating systems. This helps unclutter the search for new apps, and makes it easier for users to find quality apps.

Most are reviewed within 24 hours of the developer’s submission.

Developers can choose to have their apps available immediately after approval.

The most common reason for rejection is minor bugs, followed by privacy concerns.

All developers have the opportunity to have a rejection reviewed by the App Review Board. And the App Review team makes about 1,000 calls a week to developers to help them diagnose and resolve any issues that led to rejection — so they can get their app onto the App Store.

We give developers a platform. And flexibility.

Today, developers have lots of choices for distributing their apps — from other app stores to smart TVs to gaming consoles. Not to mention the open Internet, which Apple supports with Safari, and our customers regularly use with web apps like Instagram and Netflix.

We work hard to make it easy and compelling for developers to develop apps for the one billion App Store customers around the world. We now have 20 million developers in our Apple Developer Program, with thousands of them delivering groundbreaking new services, new experiences, and even entirely new business categories.

The App Store has also helped millions of people with great ideas easily learn how to code, create, and distribute their ideas in 155 countries.

Since the launch of the App Store, an entire industry has been built around app design and development, generating over 1,500,000 U.S. jobs and over 1,570,000 jobs across Europe.

We’re proud that, to date, developers have earned more than $120 billion worldwide from selling digital goods and services in apps distributed by the App Store.

84% of apps are free, and developers pay nothing to Apple.

Like any fair marketplace, developers decide what they want to charge from a set of price tiers. We only collect a commission from developers when a digital good or service is delivered through an app. Here are some of the ways developers commonly make money on the App Store.

These are apps that users pay nothing to download or use. The developer chooses to make them free or has some other business model not generated from app revenue. Apple receives no commission from supporting, hosting, and distributing these apps.

These apps are free for users to download and the developer generates revenue from advertisements in the apps. Apple receives no commission from supporting, hosting, and distributing these apps.

These apps are free for users to download and users can pay for additional digital features and content in the app with Apple’s In-App Purchase system. Developers earn 70% of sales from in-app purchases and Apple collects a 30% commission.

Free with physical goods and services

These apps are free for users to download and the developer generates revenue from the sale of physical goods and services, such as purchasing clothing, having food delivered, or ordering a ride from a transportation service. Apple receives no commission from supporting, hosting, and distributing these apps, or from transactions for physical goods and services in the app.

These are apps that customers pay upfront to download from the store — and include free updates. Developers earn 70% of sales from paid apps and Apple collects a 30% commission.

These are apps where users exclusively purchase or subscribe to content outside the app, but enjoy access to that content inside the app on their Apple devices. Examples include books, music, and video apps. In these cases, developers receive all of the revenue they generate from bringing the customer to their app. Apple receives no commission from supporting, hosting, and distributing these apps.

We invest in our developers’ success.

The Apple Developer Program provides businesses with a robust set of tools, compilers, languages, APIs, and SDKs — so everyone has an opportunity to create innovative apps.

Developers also receive free marketing opportunities through our store design, including the new Today editorial feature, personalized recommendations, search tools, top lists, and social marketing. All this helps to support the millions of successful apps on the App Store.

Apple has created programs that help not only current developers, but anyone who wants to learn to code and ultimately become a developer. Our App Accelerator has helped thousands of developers build great app experiences across our platforms; the Apple Developer Academy helps students become the iOS developers of the future; the Apple Entrepreneur Camp was created for organizations founded and led by women, and helps them deliver cutting-edge apps; our WWDC Scholarships encourage the next generation of app developers, and talented STEM students, to pursue their education around coding; and we designed Everyone Can Code, which enables anyone to learn, write, and teach code.

A store that welcomes competition.

We believe competition makes everything better and results in the best apps for our customers.

We also care about quality over quantity, and trust over transactions. That’s why, even though other stores have more users and more app downloads, the App Store earns more money for developers. Our users trust Apple — and that trust is critical to how we operate a fair, competitive store for developer app distribution.

Competing apps on the App Store.

We’re always learning, and trying to make the App Store experience better for customers and developers by offering the best apps. And this commitment has never wavered.

Are you a developer? Grow your business with resources designed to help you create incredible apps and reach more users.